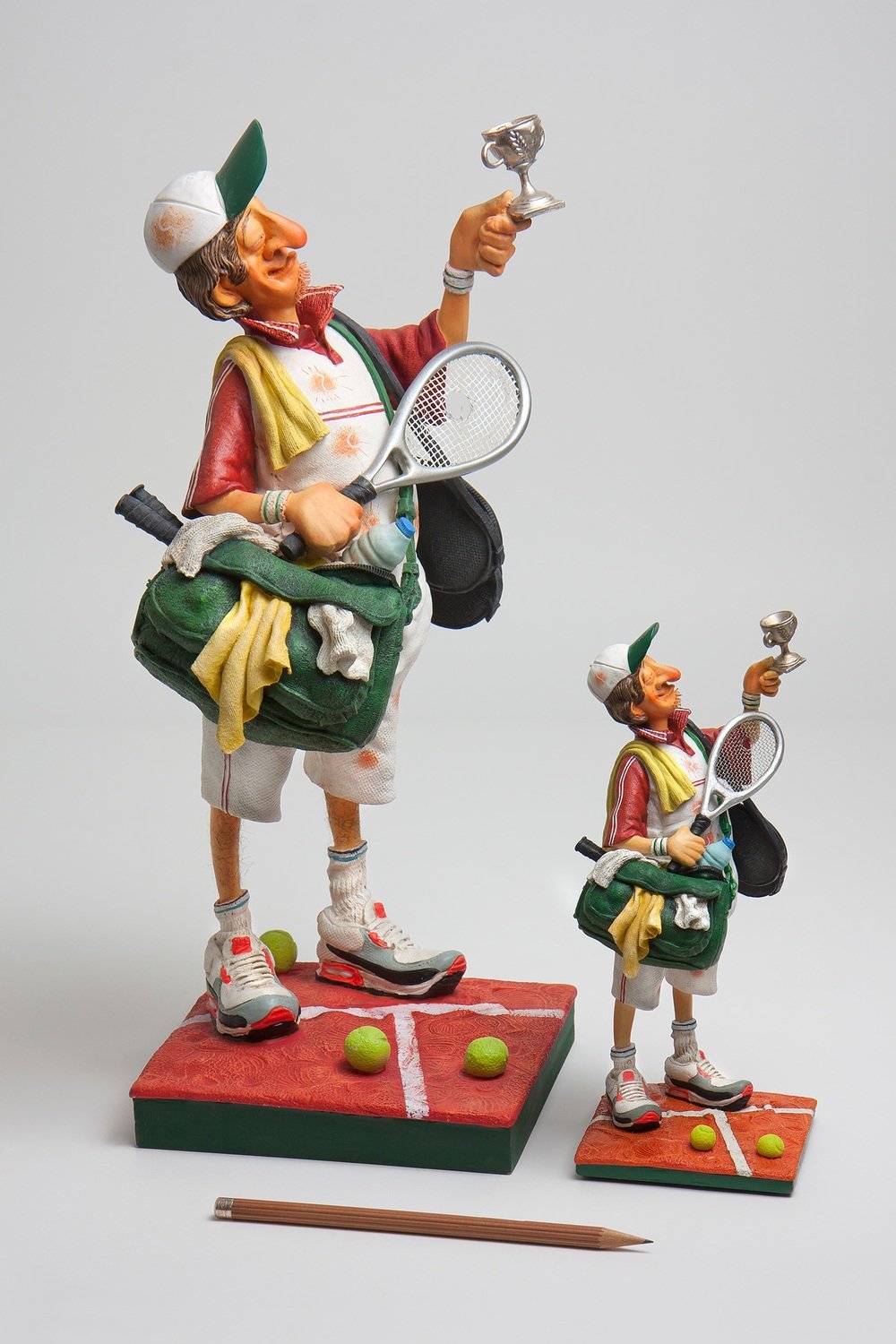 The cup, of which he dreamed holding in his hand for so many times, became a reality. Neither the sprain in his shoulder blade, nor the horrible tendonitis in his left arm could keep the tenacious Gustavo Lanzaro from raising up high the trophy that he had just won. The ‘missiles’ at 249 km/h which his opponent was firing managed to break 4 rackets, but not his moral courage.

His coach, the famous Spaniard Pepe Galleta, inspired by the renown ‘Serrano’ ham, made him follow a strict diet of only and exclusively acorns for the period of one year. The hard months of training were terrible, but compared to such an excellent victory, the sacrifice seemed justified.

The only unpleasant thing was the beastly bad breath which wouldn’t go away and the pronounced aversion for the Iberico ham.